Romano provided voice narration for the PBS series Curious George, as well as previews on NBC, The WB, and The CW. 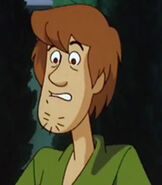