Teresa Anne "Terri" Hawkes (born 1958) is a Canadian actress known for playing Kelly Hennenlotter in the horror film, Hello Mary Lou: Prom Night II, Adrienne in Beverly Hills 90210, Wendy Masters in General Hospital, and for providing the voice of the title character in the animated series, Sailor Moon. She is the daughter of politician Jim Hawkes. Hawkes' other voice acting roles include Baby Hugs Bear in The Care Bears Movie, and reprised the role in Nelvana's Care Bears TV show, where she also voiced Cheer Bear and Shreeky (No Heart's niece). Hawkes also had a role playing Monika Barnes in the early episodes of Traders, and also was the voice of a 3D sphere in Max Maven's The MAXimum Dimension. Hawkes also worked as a voice director for the popular children's animated series Flying Rhino Junior High, and was an assistant voice director for Sailor Moon. She also wrote the screenplay of the 2002 film, The Book of Eve. Since 2007, Hawkes has concentrated on writing and directing, with a focus on works that empower women. She finished an M.A in Gender, Feminist and Women’s Studies, and is currently working on a doctorate in Gender Feminist and Women's Studies at York University. She currently lives with her husband and two children in Toronto, Canada. 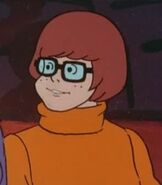